International Roma Day is marked on 8 April and it celebrates Roma culture and raises awareness of the challenges the Roma population is facing.

According to the 2011 census in Serbia, 147,604 people identified themselves as members of the Roma national minority. In addition to 5,719 homeless Roma, a third of all homeless people registered in Serbia, the vast majority of Roma live in informal and substandard settlements.

The European Union, through the EU Support to Social Housing and Active Inclusion (EU SHAI) program, is investing 27 million euros to help the most vulnerable families in Serbia, who belong to the Roma national minority, persons with disabilities, women victims of domestic violence and young people leaving the social protection system.

Through this Program, 177 Roma families in 16 cities and municipalities will get home and assistance in becoming financially independent. Housing support includes the construction of social housing and the purchase and reconstruction of houses. Every family will also be supported in active inclusion in society through, among other things, education, employment, self-employment, access to health insurance, and social protection services.

The program will also support small-scale projects that will improve communal and social infrastructure in substandard settlements, and thus the lives of vulnerable groups living in them. 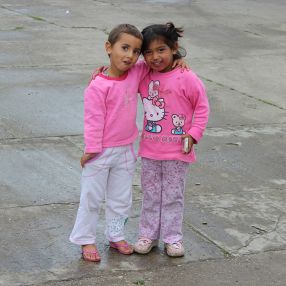 EU SHAI's publication ''Holistic Approach to Social Housing'' wins the recognition at the 44. Salon of Architecture 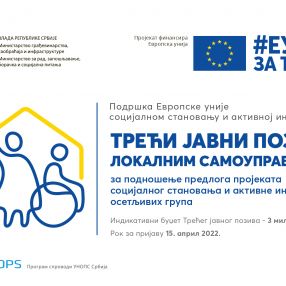 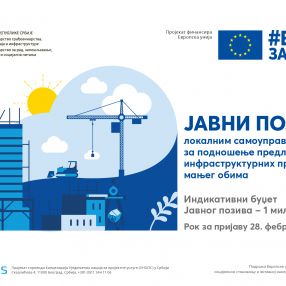